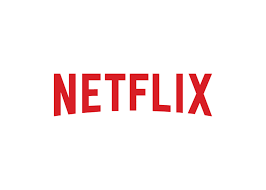 END_OF_DOCUMENT_TOKEN_TO_BE_REPLACED

Why is Netflix losing so many subscribers and what can it do about it? / Netflix’s share price down

Added to NewsRel and categorized in Tech News 💻 — 9 months ago

Why is Netflix losing so many subscribers and what can it do about it?

Netflix’s share price has tumbled after it announced a net loss of 200,000 subscribers globally, and expects to lose a further two million over the next three months. Its share price slid more than 35% in early trading on Wednesday following the announcement, wiping around $55bn (£42bn) off its value.

It is the latest massive miss from a large technology company, and has sparked a flurry of fightback efforts. But can the streaming service really carry on growing forever? And do its plans for the future show confidence – or panic?

What went wrong?
The headline failure for Netflix is a reduction in subscribers for the first time in a decade. Wall Street analysts had been expecting it to announce growth of about 2.5 million new customers, and were stunned when the company instead confirmed more had cancelled than joined.

Around the world, Netflix has 222 million subscribers. In its biggest markets, however, it has an appreciable portion of all households: in the US and Canada, 75m out of a total 142m households have a subscription to Netflix. When you add in password sharing, which Netflix says accounts for 30m additional households using the service in North America, it becomes clear the company is fighting for new signups from a rapidly shrinking pool of non-subscribers.

Did price rises play a part?
Netflix has been increasing its monthly fees sharply around the world, with some UK subscribers now paying a third more than they were less than two years ago for the same service. But the company says it has been happy with the results, saying the rises “remain significantly revenue positive” – and thinks it still has “among the best retention in the industry”. Netflix also points out that, were it not for the war in Ukraine, it would actually have gained subscribers: it suspended services in Russia, losing 700,000 accounts in the process.

However, Netflix is exploring the possibility of a soft price cut, in the form of an ad-supported tier, according to Reed Hastings, its chair and co-founder. A cheaper subscription funded by adverts could help expand Netflix into households and regions that had previously been unable to afford the service at full price, a move that has previously been roundly rejected by the company.

What about all the people sharing passwords?
Netflix estimates 100m households globally access its services through password sharing. For years, it has tacitly allowed the practice, which functions as an effective discount, even building it into its pricing structure with tiers of membership that allow for more devices streaming simultaneously.