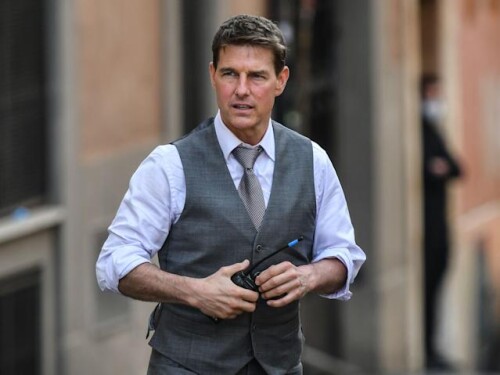 Tom Cruise speaks out about Covid rant on Mission Impossible set: ‘I said what I said’

Tom Cruise has addressed the headline-making rant he delivered last year on the set of Mission: Impossible 7.

The actor was heard in the recording, released by The Sun in December 2020, expressing his frustration at some of the people on set and highlighting the importance of safety measures against the spread of Covid-19.

He has now addressed the clip in a new interview in the upcoming issue of Empire magazine.

“I said what I said,” he told the publication, according to The Wrap.

Cruise reportedly cited a surge in Covid-19 cases as the reason for his frustration. He explained that his rant wasn’t directed at the entire team, but rather a few specific people.

“There was a lot at stake at that point. But it wasn’t my entire crew. I had the crew leave the set and it was just select people,” he added.

The actor told the magazine that when production was able to reopen after being delayed by the pandemic, “all those emotions were going through my mind”.

“I was thinking about the people I work with, and my industry,” he said. “And for the whole crew to know that we’d started rolling on a movie was just a huge relief. It was very emotional, I gotta tell you.”

Mission Impossible 7 is now scheduled for release in May 2022. Cruise will also appear in Top Gun: Maverick, expected to be released in November 2021.