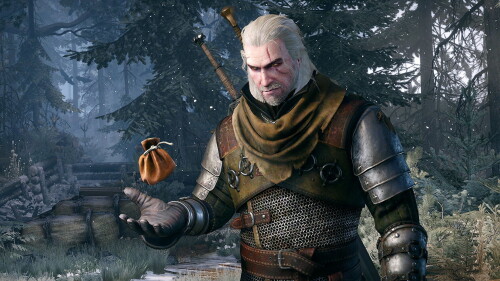 The Witcher 3 director Konrad Tomaszkiewicz has resigned from CD Projekt Red after an internal investigation into alleged workplace bullying, Bloomberg reports. Tomaszkiewicz, who was secondary game director and head of production on Cyberpunk 2077, denies the allegations, but apologised "for all the bad blood I have caused" in an email to CD Projekt staff.

In the email, which Bloomberg say they've seen, Tomaszkiewicz writes that a commission had been formed to investigate the allegations of workplace bullying and that he had been cleared. "Nonetheless, a lot of people are feeling fear, stress or discomfort when working with me," he wrote, before apologising.

In March, CD Projekt Red announced plans to restructure their teams to support simultaneous development of their two major series, The Witcher and Cyberpunk 2077. This was part of their efforts to course correct after the buggy, disappointing launch of Cyberpunk - which nevertheless sold over 13 million copies.

The company has continued to patch and update Cyberpunk 2077, with the latest hotfix released just last week.