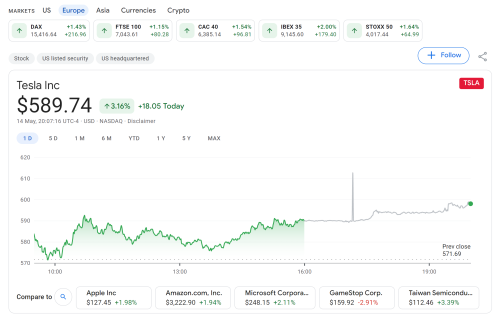 Tesla, Inc. is an American electric vehicle and clean energy company based in Palo Alto, California. Tesla's current products include electric cars, battery energy storage from home to grid-scale, solar panels and solar roof tiles, as well as other related products and services. In 2020, Tesla had the highest sales in the plug-in and battery electric passenger car segments, capturing 16% of the plug-in market and 23% of the battery-electric market. Through its subsidiary Tesla Energy, the company develops and is a major installer of solar photovoltaic energy generation systems in the United States. Tesla Energy is also one of the largest global suppliers of battery energy storage systems, with 3 GWh of battery storage supplied in 2020. Founded in July 2003 by Martin Eberhard and Marc Tarpenning as Tesla Motors, the company's name is a tribute to inventor and electrical engineer Nikola Tesla. Elon Musk, who contributed most of the funding in the early days, has served as CEO since 2008. According to Musk, the purpose of Tesla is to help expedite the move to sustainable transport and energy, obtained through electric vehicles and solar power.