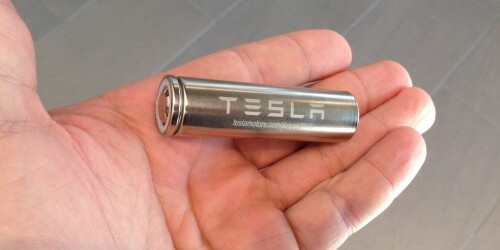 Over the last few years, Tesla has been adopting more new chemistries in its battery cells for its electric vehicles, especially with new vehicles being produced at Gigafactory Shanghai.

By validating new chemistries, Tesla can get access to new supplies of cells and expand its production without relying on battery manufacturers to increase their production capacity.

The automaker has also been looking for battery cell chemistries that are using less cobalt and a higher concentration of nickel.

Last year, it was reported that Tesla had reached an agreement with LG Energy Solution, one of the world’s biggest battery manufacturers, to use the company’s new NCMA battery cells.

The nickel-rich NCMA battery chemistry has been something that LG has been working on for a while now, and it is expected to increase energy density of the cells.

GM was expected to be the first to use LG’s new NCMA battery cells in the new GMC Hummer EV starting in September, but now a new report indicates that Tesla might get the cells first.

The new batteries are reportedly going to be used in Tesla Model Y vehicles being produced at Gigafactory Shanghai:

Tesla is currently ramping up production of the Model Y electric SUV at Gigafactory Shanghai, which is expected to contribute significantly to the automaker’s growth during the second half of the year.

The automaker has also been getting closer to LG’s new separate business unit for battery production.

In September, shortly after Tesla held its “Battery Day” event, reports came out that Tesla is looking to acquire a stake in LG’s battery business.

Later, we also reported that LG Chem announced that it will produce a new battery cell with exactly the same specs as Tesla’s newly announced 4680 cell.