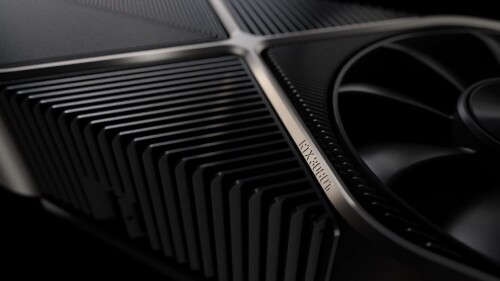 NVIDIA GeForce RTX 3080 Ti To Be Unveiled on 18th May Followed By Launch on 26th May, Alleges Rumor
As per the latest rumor, the NVIDIA GeForce RTX 3080 Ti is all set to be unveiled on the 18th of May. The rumor states that the card will be unveiled along with its specifications, pricing, and a few initial performance numbers. The full performance metrics will be disclosed by independent reviewers on the 25th of May and the card will be officially available for purchase on the 26th of May. There's no word on whether NVIDIA will open pre-orders during unveiling but so far, they haven't done so with any previous GeForce RTX 30 series launch so we can expect the same for the RTX 3080 Ti.

The final NVIDIA GeForce RTX 3080 Ti graphics card is expected to ship with the new GA102-202 or GA102-302 GPU core features the same specifications as the QS but is locked for mining.

As for memory, the card will feature 12 GB of GDDR6X memory. Unlike the 19.5 Gbps speeds of the RTX 3090, the GeForce RTX 3080 Ti is said to retain the same memory speeds as the RTX 3080 at 19 Gbps. Since we are getting 12 GB memory, the NVIDIA GeForce RTX 3080 Ti will be using a 384-bit bus interface which equals a total bandwidth of 912 GB/s. So while we see an 8 GB VRAM reduction over the previous spec, the larger bus interface should drive higher memory bandwidth.

The TGP for the card is set to be the same as the RTX 3080 at 320 Watts. That's definitely needed to feed the extra cores so NVIDIA might have to optimize the clocks a bit here. The NVIDIA GeForce RTX 3080 Ti is expected to feature an MSRP of around $999 US while ITHome has reported that a price of 7999 Chinese Yuan which is equal to around $1200 US is expected in the Asian-Pacific retail market. The graphics card will rock the latest mining hash rate limiter which is supposedly hard to crack compared to the initial release which was bypassed within a few days.