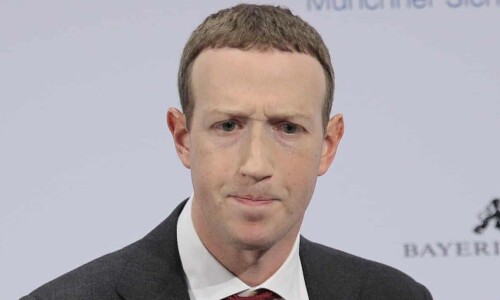 Mark Zuckerberg, the modern Bond villain, is now coming for your children!

Mark Zuckerberg, the modern Bond villain, is now coming for your children!

As terrible ideas go, Instagram for kids is up there with lunchbox lager and power tools for toddlers. In March, Buzzfeed reported on Facebook’s plans to develop a product for those too young to sign up to Instagram officially, as the platform requires users to be at least 13.

A company post cited “youth work as a priority for Instagram”, which sounds sinister even from the empire of Mark Zuckerberg, whose mission in life is seemingly to make Bond villains appear cuddly. Facebook says it will allow the company to focus on privacy and safety for children.


Last week, an international coalition of children’s health advocates, brought together by the Boston-based, non-profit Campaign for a Commercial-Free Childhood, disagreed and wrote an open letter to Zuckerberg urging the company to drop its plans. “While collecting valuable family data and cultivating a new generation of Instagram users may be good for Facebook’s bottom line, it will likely increase the use of Instagram by young children who are particularly vulnerable to the platform’s manipulative and exploitative features,” it said.

Heart emoji, thumbs-up emoji. The ethical issues involved are vast and mindboggling; one can only wonder how targeted advertising would work for users with no income, though I’m sure Nick Clegg will be on hand to mount a robust defence. There is something quietly devastating about giving children a platform that deliberately thrives on self-consciousness in its many insidious forms. Maybe it is naive of me to expect that children will have any period of freedom from wondering “but how will it/I look?”, but surely we should at least try to maintain that for as long as possible.

I am an adult and I know Instagram is bad for me. It manipulates me into buying things I don’t care about, makes me compare myself unfavourably to other people and wastes a colossal amount of time. Yet I still use it daily. And my complaints are minor; last week, Instagram said it had fixed a “mistake” in its new search functionality that recommended search terms such as “appetite suppressants” and “fasting” to users with eating disorders.

Many of my friends have deleted the app and check it only on their desktops, because they don’t trust themselves not to fall into the endless scroll. Perhaps children do have more self-control but we shouldn’t be asking them to show it.