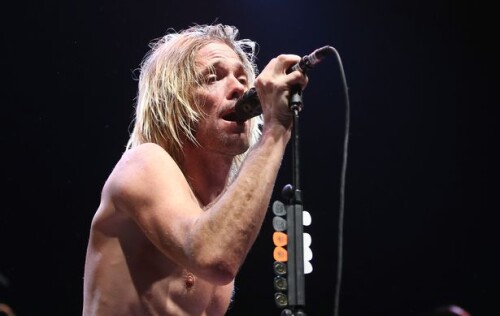 Foo Fighter Taylor Hawkins had cocktail of drugs in his system at time of his death, say officials

Foo Fighter drummer Taylor Hawkins had 10 different substances in his system at the time of his death, officials in Colombia have said.

The much-loved musician was declared dead at his hotel in Colombia after paramedics battled to revive him following reports of a man with “chest pain”. The rock group played in Argentina last Sunday and were due to perform in Bogota on Friday night as part of their South American tour when Hawkins’ death was announced.

Now, a statement issued by the Colombian attorney general’s office said that Mr Hawkins had a cocktail of drugs in his system. These included THC (marijuana), tricyclic antidepressants, benzodiazepines and opioids.

he statement released on Twitter and translated from the original Spanish, read: "On the initial forensic medical study of the body of Taylor Hawkins, drummer of the band Foo Fighters, who died yesterday in a hotel in the north of Bogotá, the Attorney General’s Office stated the following: In the urine toxicological test performed on the body of Taylor Hawkins, 10 types of substances were preliminarily found, including: THC (marijuana), tricyclic antidepressants, benzodiazepines and opioids.

"‘The National Institute of Forensic Medicine continues the medical studies to fully clarify the events that led to the death of Taylor Hawkins. The Office of the Prosecutor of the Nation will continue with the investigation and will report the results obtained in the framework thereof in a timely manner."