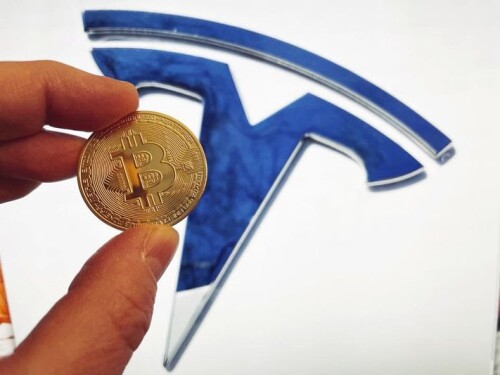 Emails to each of the companies Saylor referenced were not immediately returned Monday, but a spokesperson from Galaxy confirmed to Bloomberg that a representative participated in the call. Several other of the companies mentioned tweeted their support for the plan. Hut 8 Mining confirmed it was part of the discussions Saylor referenced, tweeting that it would “educate the market that sustainable mining is possible and a priority.”

While Tesla began accepting Bitcoin as payment for vehicles in March, Musk reversed that position earlier this month, as he expressed concern for the environment. “Cryptocurrency is a good idea on many levels and we believe it has a promising future, but this cannot come at great cost to the environment,” Musk tweeted. Since then he’s made note several times of cryptocurrency’s sustainability problem.

Bitcoin mining uses a significant amount of electricity, using as much annually as the Netherlands, according to one estimate. That’s at odds with Tesla’s stated mission to “accelerate the world’s transition to sustainable energy.” Specifics about how the miners planned to tackle Bitcoin’s environmental issues — whether through making changes to the blockchain or using carbon offsetting measures as large corporations do — weren’t available Monday.