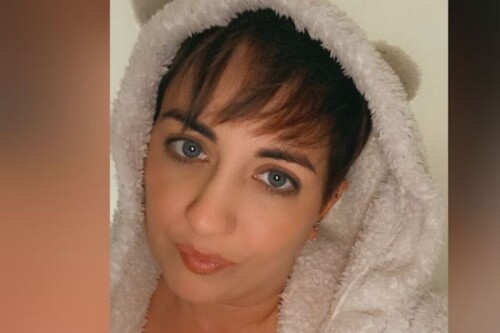 END_OF_DOCUMENT_TOKEN_TO_BE_REPLACED

A "depraved" woman who raped a girl with a 62-year-old man was today told she could face a life sentence.

Vicki Bevan sexually abused a vulnerable victim, who cannot be identified because she is entitled to anonymity for the rest of her life. The 37-year-old raped and performed sex acts on the young child with Paul Rafferty, 62, and also molested her with a second man, Tony Hutton, 42.

The horrific sexual abuse was filmed and photographed, and images were shared between the group, along with twisted messages. The three paedophiles, all from St Helens, appeared in the dock for sentence at Liverpool Crown Court this morning, when Bevan laughed and smiled with security officers, before wiping away tears with a white tissue when the judge came into court.

READ MORE:Evil school caretaker's twisted past finally catches up with him

The city's top judge said he was considering an "indefinite sentence" - meaning a life sentence - for Bevan and that he required written submissions from the prosecution and her defence lawyers on this matter. Judge Andrew Menary, QC, said: "Obviously of particular concern for the court is the fact that there are exchanges of messages involving shockingly depraved fantasies.

"And they didn't remain as simply fantasies, some of these were played out in real life. I won't go into the detail of what they are now. Just when you think you have heard the worst, another one comes along. It's all of that, that the court will be concerned with."

The judge told Jonathan Duffy, defending Bevan, that he was "bound to have in mind the nature of the sentence in this case and in particular the possibility of an indefinite sentence". He said written submissions from Mr Duffy and Martine Snowdon, prosecuting, should consider Bevan's "risk in the future and the extent to which it might be said the underlying health or mental health issues have an impact on her culpability".

However, Judge Menary added: "I'm bound to say the court is actively, as it were, considering the possibility in her case - at this stage in her case alone - of an indefinite sentence."

One of the other counts of sexual assault of a child under 13 involved Bevan and Hutton, of Liverpool Street, St Helens, both performing a sex act on the victim. Bevan also pleaded guilty to 17 counts of making and three counts of distributing indecent images of children, plus two counts of possessing extreme pornography.