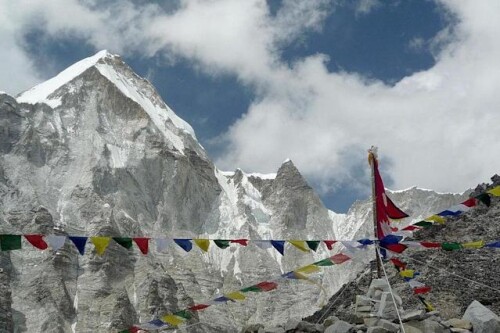 An outbreak of Coronavirus on Mount Everest has infected dozens of people, according to one guide who works in the area.

Lukas Furtenbach estimates there could be around 100 cases at the South Base Camp in Nepal but local officials denied it, saying any symptoms were caused by other illnesses including altitude sickness.

The Austrian climber said he had cancelled his expedition because of fears of the spread of Covid which he said led to one of his foreign guides and six local Sherpas testing positive for the virus.

Tour groups are asked to quarantine for three days when they arrive in Nepal and take a test before going to base camp but it has been reported tests are not being enforced and climbers are setting off without them.

Last month, a Norwegian climber became the first to test positive at the camp and returned home.

The virus is currently surging in Nepal with 177 deaths reported on Friday bringing the county’s death toll to 6,024.

Nepal, between China and India, vaccinated more than two million people with the AstraZeneca vaccine provided by India and China’s Sinopharm but had to call a halt to its programme after it failed to get fresh stock of the vaccine.