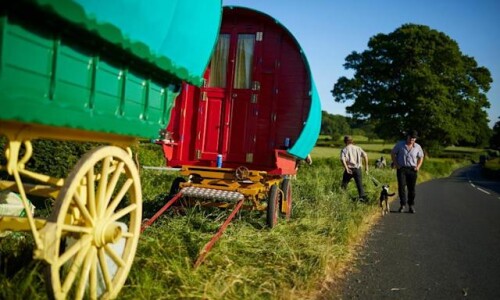 The high court has ruled that local authorities can no longer issue blanket bans on Gypsies and Travellers stopping on parcels of land, in a landmark case which campaigners have hailed a “victory for equality”.

A number of councils have used wide injunctions against “persons unknown” since 2015 to prevent Gypsies and Travellers from stopping on certain pieces of land, even if they are new to areas with no knowledge of the injunction.

At a high court hearing in January, 13 local authorities across England defended their use of the wide injunctions but in a judgment published on Wednesday Mr Justice Nicklin ruled that wide injunctions could only be granted against individuals who could be named or properly identified.

Councils will also need to demonstrate they have notified people about any legal proceedings. It means Gypsies and Travellers who arrive at a site at a later date than that will not be affected by the injunction.

Following the judgment it is probable that all current injunctions against “persons unknown” will be discharged.

Mattey Mitchell, a campaigns officer at Friends, Families and Travellers, said the judgment was “a breath of fresh air in what can sometimes feel like a hopelessly hostile environment”. He said: “This is a wonderful victory for justice, fairness and equality in a nation that prides itself on these values. Collective punishment should be a thing of the past, especially when it impacts communities already facing such harsh inequalities.”

The judgment builds on a previous ruling, against Bromley council, in London, that found borough-wide injunctions were “inherently problematic”.

Abbie Kirkby, public affairs and policy manager at Friends, Families and Travellers, said the injunctions were “discriminatory and disproportionate” as well as “a symptom of the complete failure by local authorities to identify suitable land on which Gypsies and Travellers can stop”.

Campaigners also believe the ruling could have serious implications for the police, crime, sentencing and courts bill, which they say could criminalise the lifestyle of GRT (Gypsy, Roma and Traveller) communities.

Marc Willers QC, from Garden Courts Chambers, which provided legal representation for the case, said the ruling was a “tour de force” which also recognised the cultural traditions of Romani Gypsies and Irish Travellers, including their enshrined right to travel.