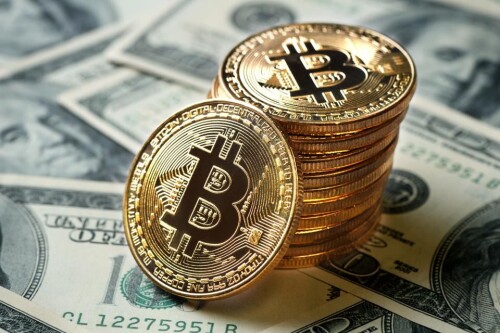 The cryptocurrency market is continuing to grow, as bitcoin recovers and other digital currencies chase its value.

Bitcoin continued to stay steady after a turbulent series of weeks that saw it drop in price.

But much of the interest was away from that leading light of the cryptocurrency market. Dogecoin – buoyed up by approving tweets from Elon Musk, who called himself the Dogefather – has increased by more than 40 per cent over the last week, while others such as ethereum and XRP are seeing similar increases.

8 hours ago
Bitcoin price rebound pulls other cryptocurrencies with it
The price of bitcoin has shot up by 6 per cent, pushing it back above $57,000 for the first time since mid April.

It appears to have had an effect on the wider crypto market, with ethereum (ether), bitcoin cash and litecoin among those that have seen similar gains over the last 24 hours.

Ethereum’s upward trajectory has pushed it once again to a new record high of $2,868, according to CoinMarketCap’s price index.

The biggest price surge, however, has come from dogecoin, which is up more than 15 per cent since this time yesterday and is now trading above $0.36 - less than 10 cents of its all-time high