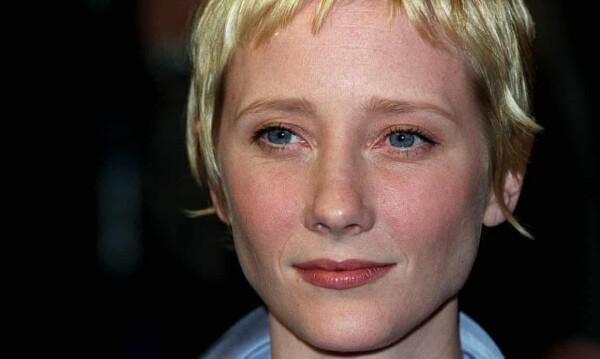 END_OF_DOCUMENT_TOKEN_TO_BE_REPLACED

53 Year old US actor Anne Heche has died, a week after she was critically injured in a car crash.

The US actor Anne Heche has died, a week after she was critically injured in a car crash.

The news was confirmed by a representative for her family to the US online media outlet TMZ, who said in a statement: “We have lost a bright light, a kind and most joyful soul, a loving mother, and a loyal friend. Anne will be deeply missed but she lives on through her beautiful sons, her iconic body of work, and her passionate advocacy. Her bravery for always standing in her truth, spreading her message of love and acceptance, will continue to have a lasting impact.”

On Friday afternoon TMZ had reported Heche was “brain dead”, which under California law is the definition of death. It was announced earlier in the day Heche would be taken off of life support.

Earlier a friend of the actor, Nancy Davis, wrote on Instagram: “Heaven has a new Angel. My loving, kind, fun, endearing and beautiful friend @anneheche went to heaven. I will miss her terribly and cherish all the beautiful memories we have shared.

“Anne was always the kindest, most thoughtful person who always brought out the best in me … My heart is broken.”

Heche was 53 and had two sons.

Very different to the lustrous-haired leads … Anne Heche in I Know What You Did Last Summer (1997).
Anne Heche was a little too stylish and smart for Hollywood
Read more
Many had hoped Heche would make a recovery after a publicist for the actor reported her in a “stable” condition after crashing her car into a house in Los Angeles on 5 August. Firefighters said she had been speaking to them as she was cut free of the wreckage and taken to hospital.

But the actor shortly afterwards lost consciousness and on 8 August representatives posted an update, saying Heche was in an “extreme critical condition” and had slipped into a coma. On Friday, her family said in a statement that she was not expected to survive and that she was being kept on life support to determine if her organs could be donated.

Heche, an actor of sharp intelligence, rose to prominence in the early 1990s, playing twins on the soap Another World, and with film roles, including the part of Laura in Nicole Holofcener’s debut feature, Walking and Talking.

Her first major role was as Johnny Depp’s girlfriend in gangster drama Donnie Brasco (1997). In the same year she was cast in other enduring titles: political satire Wag the Dog, disaster movie Volcano and slasher classic I Know What You Did Last Summer.